Suzuki-Miyaura reaction is a well-known organic coupling reaction, in which the reaction between organic boric acids ...

Suzuki-Miyaura reaction is a well-known organic coupling reaction, in which the reaction between organic boric acids and aryl halides leads to the synthesis of "biaryl" compounds, which are important components of various drugs and chemical products. This reaction is widely used in organic synthesis, and it is often used in the synthesis of many natural products and organic materials, so it is very important to find a method to optimize the existing cross-coupling reaction. Professor Mutoh Yuichiro Mutoh et al recently published a new study to examine whether this reaction can improve efficiency. They reported “a Suzuki−Miyaura cross-coupling reaction of 1,8-diaminonaphthalene (dan)-protected arylboronic acids in the presence of KOt-Bu, which does not require the removal of the dan moiety.”

Initially, the authors investigated the effects of different bases on the reaction of Ph-B (dan) (1a) and 4-iodoanisole (2a) in the presence of Pd-PEPPSI-IPr13 at 70 °C in toluene (Table 1). The results show that compared with other basic potassium salts, when Kot-Bu is used as base, the cross-coupling products can be obtained in high yield, and 2.5 equiv of the base was optimal for this reaction. Subsequently, the team briefly screened various palladium complexes for the Suzuki−Miyaura cross-coupling of 1a and 2a in the presence of KOt-Bu in toluene (Table 2). The experimental results show that the commonly used palladium-based catalyst systems such as [Pd2(dba)3]·CHCl3/PPh3 and [Pd(PPh3)4] can be used for the cross-coupling reaction of Ar-B (dan).

Table 1. Impact of the Nature of the Base on the Palladium-Catalyzed Cross-Coupling of 1a and 2aa 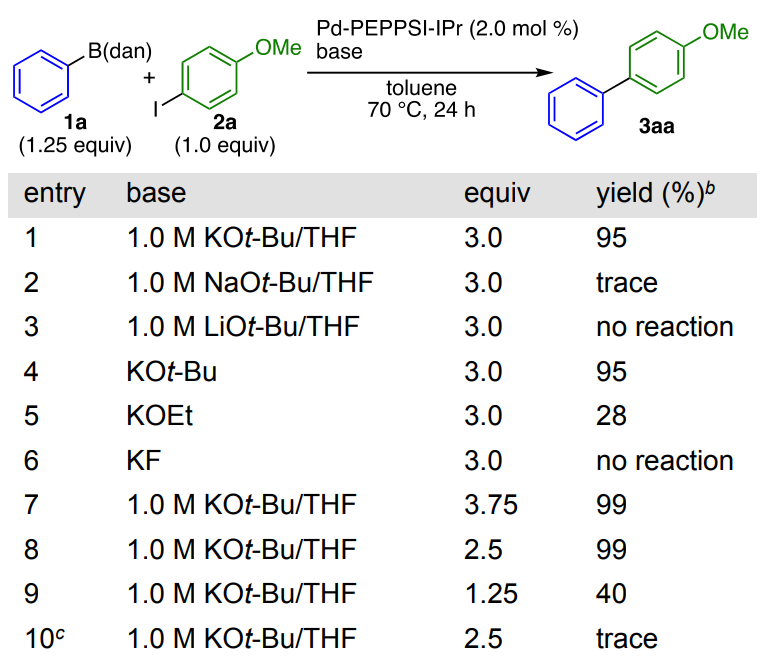 Table 2. Screening of Palladium Complexes for the Cross-Coupling of 1a and 2a in the Presence of KOt-Bua 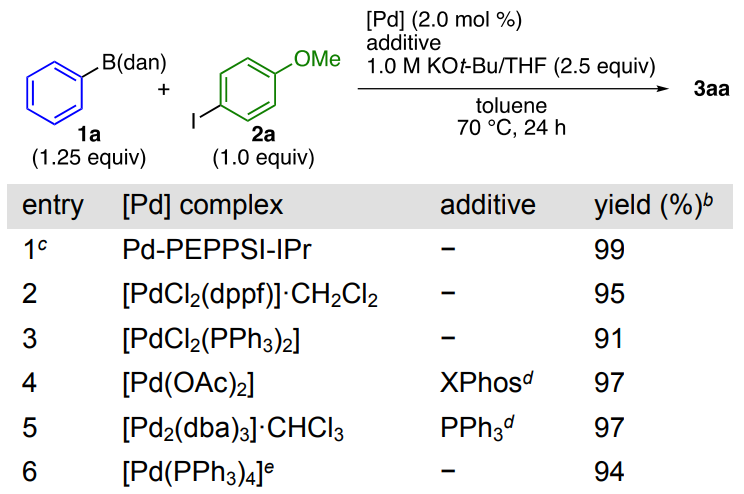 In the experiment, the team also studied “the substrate scope of this Suzuki−Miyaura cross-coupling reaction under the established optimal conditions, and briefly explored the scope with respect to aryl halides in these cross-coupling reactions.” Finally, in order to gain “insight into the mechanism underlying the Suzuki−Miyaura cross-coupling of Ar−B(dan), we carried out several control experiments (Scheme 1).” The experimental results show that “the use of KOt-Bu as a base is of crucial importance to deliver the borate that readily undergoes the transmetalation, and the formation of the borate was unequivocally confirmed by NMR spectroscopy and X-ray diffraction analysis.” 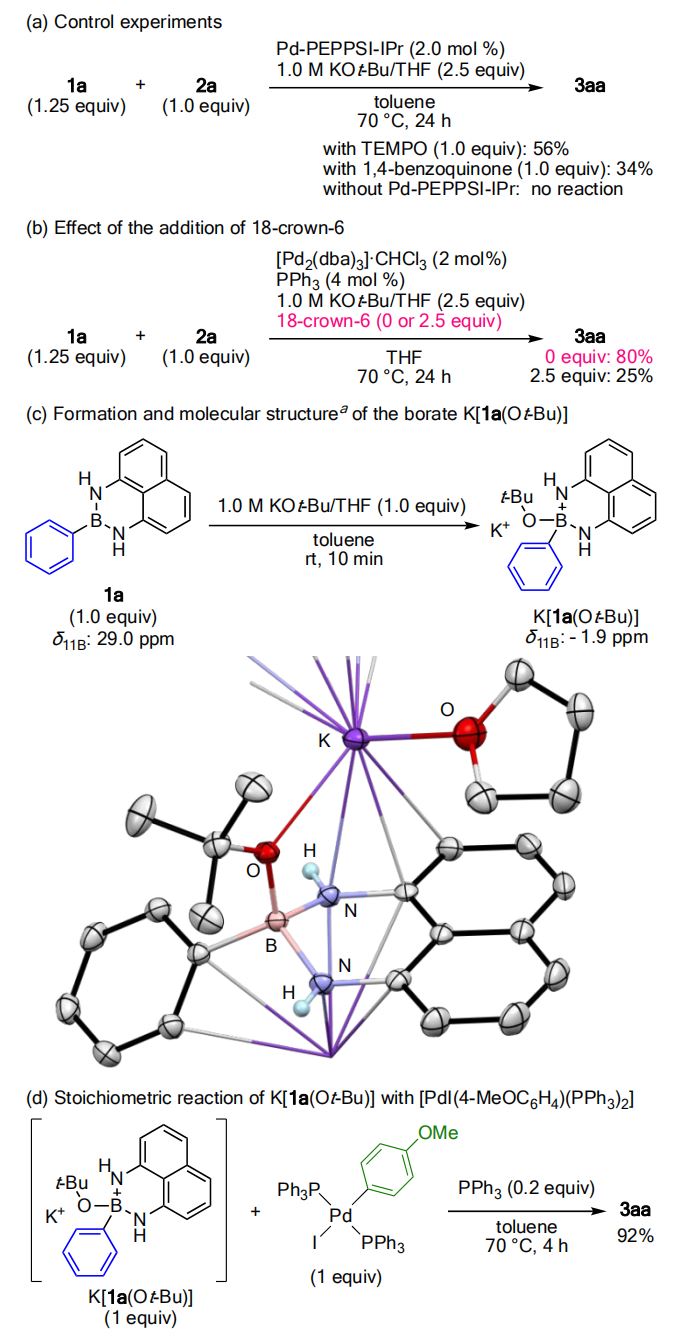 aFor clarity, only one of the repeat units of the onedimensional coordination polymer of {[K(thf)][1a(Ot-Bu)]} is shown. Thermal ellipsoids are shown at 50% probability and only selected atoms are labeled.

The methodology found in this study provides an understanding of the Suzuki-Miyaura reaction and proposes a novel method that minimizes the steps required for the use of protected boric acids. Because of its novel findings, the study was even selected as the cover of the January 2020 issue of ACS Catalysis. “This study opens up new possibilities for the use of R−B(dan) substrates in various coupling reactions.” These findings are expected to help simplify the synthesis of important complex molecules, including drugs.