BOC Sciences has a large number of fast and efficient HPLC and SFC equipment, which can be applied to the rapid separation of various other types of compounds, such as natural products, synthetic products and by-products, and heat-sensitive and unstable substances. Our professional technicians and experts can provide ideal solutions for chiral separation and purification to meet the application needs of scientific research, production and quality control. 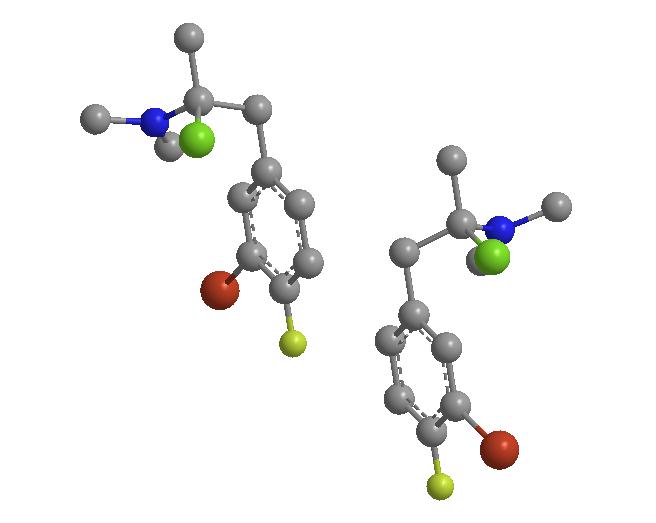 BOC Sciences has state-of-the-art HPLC and SFC equipment, as well as a dedicated team of experts who can customize your chiral separation and purification services.

Tens of thousands of chiral compounds have been separated by HPLC, far exceeding the sum of the enantiomers of about 7,000 chiral compounds isolated over nearly 100 years using conventional chemical methods.

CDR is the reaction of enantiomers with chiral optical reagents to generate a pair of diastereomers and then separate them on a conventional stationary phase (Achiral stationary phase). The advantage of this method is that the separation conditions are relatively simple, and can be applied to conventional HPLC conditions. After derivatization, the detection (UV or fluorescence) sensitivity is also improved. Commonly used chiral derivatization reagents are isothiocyanate (ITC), isocyanate (IC), naphthalene derivatives, carboxylic acid derivatives and amines. 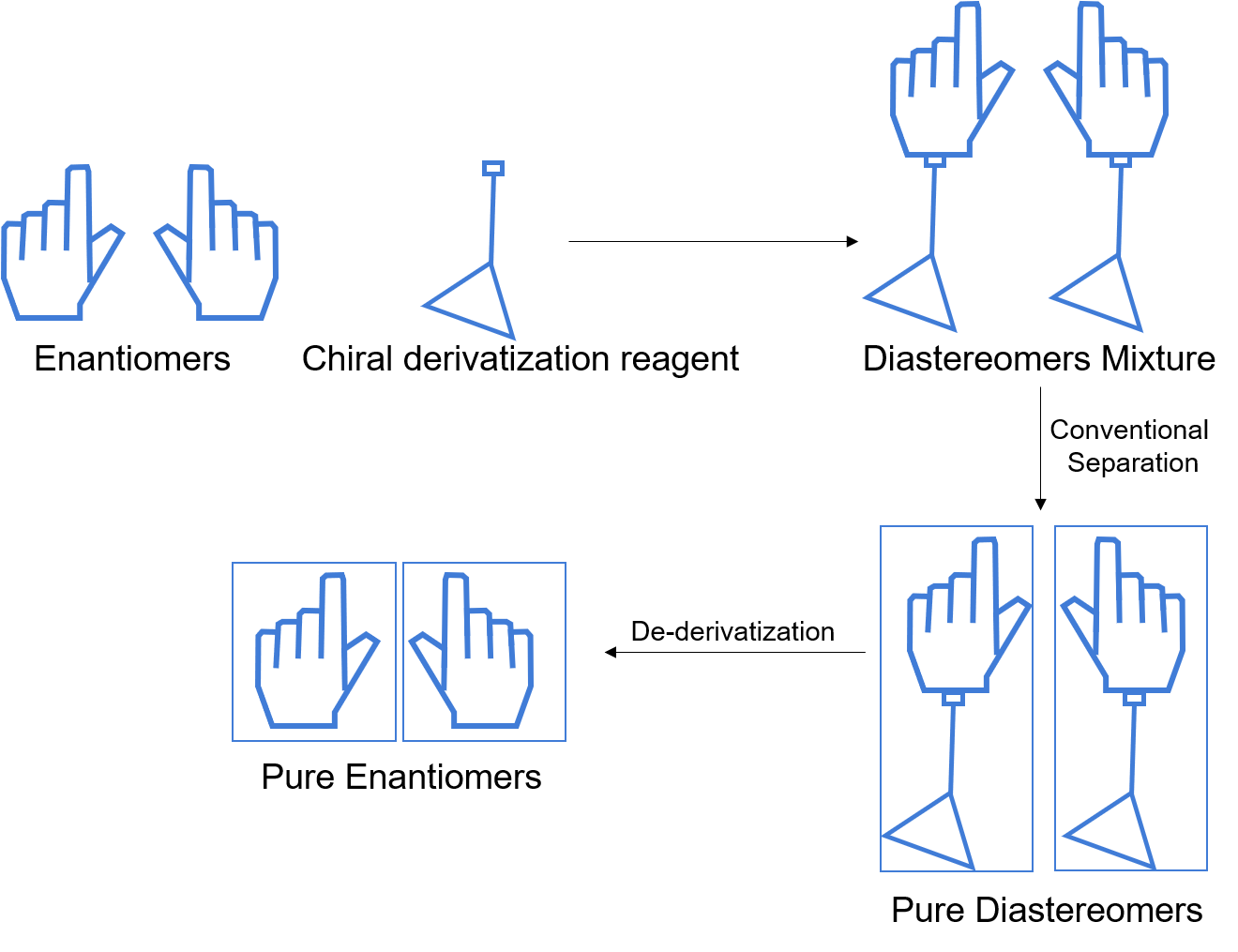 The chiral reagent is chemically bonded to the stationary phase to form a diastereomeric complex with the enantiomer. Due to the differences in the stability of the diastereomeric complexes, the retention times of the two enantiomers are not consistent. Enantiomers that form poorly stable diastereomers with CSP can be eluted first to achieve chiral separation. It is a method that does not undergo direct conversion into diastereomers. The advantages of the chiral stationary phase resolution method are that it is easy to prepare and can be applied to the resolution of various types of compounds. Commonly used CSP types are Pirkle type, cyclodextrin, polysaccharides and proteins.

The equipment is very similar to high performance liquid chromatography (HPLC). SFC is usually a normal phase technique because the components run in a low-to-high polarity program. However, compared with normal phase HPLC, SFC has the advantages of fast analysis speed, high separation efficiency, and less organic solvent usage. SFC basically covers the same range of applications as HPLC. The separation of SFC and HPLC shows a certain degree of complementarity.

The indirect rule is based on chiral derivatization. The enantiomers are first converted to diastereomers and then separated by achiral stationary phases.

At present, the direct separation method of the chiral stationary phase is the fastest growing field, and the indirect method is relatively less used. 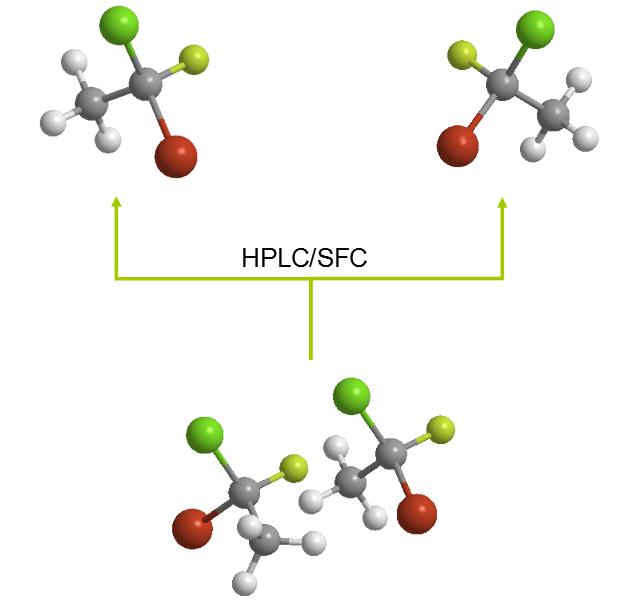 BOC Sciences has a large number of advanced HPLC and SFC equipment, and a team of professional technicians and experts can provide you with the most satisfactory chiral separation and purification services.