BOC Sciences provides synthesis of different types of chiral ligands and related services. The synthesized chiral ligands can be used for the asymmetric synthesis of metal complex catalysts and other applications, fully satisfying the experimental needs of customers.

A logical extension about the application of chiral ligands in stereoselective catalysis has been developed. In general, ligands design in asymmetric catalysis is guided by several simple concepts and principles. For instance, the design of chiral ligands is frequently based on C2-symmetry to reduce the number of diastereomeric intermediates and transition states which play a role in the catalytic cycle. This approach has been vindicated by the successful development of several large families of (“privileged”) chiral ligands, and these chiral ligands nowadays belong to the basic “tool kit” of asymmetric catalysis, such as chiral diphosphines, salen derivatives and bisoxazolines. These privileged families of ligands possess characteristic properties that lead to the induction of high stereoselectivities in their catalytic reactions. As a result, the syntheses of chiral ligands have evolved into a very dynamic, rapidly growing area of research, attracting an increasing number of chemists from various disciplines.

Below is a list of our available chiral Ligands (include but not limited to the following):

Fig 2. Some methods to synthesize NHC

Oxazoline is a five-membered heterocyclic compound containing N and O atoms. N atom is not only an electron-donating atom, but also a good coordination group, which can coordinate with various metal ions such as zinc, rhodium, palladium, nickel, and copper. Chiral oxazoline ligands are an important class of ligands, which are widely used in asymmetric catalytic reactions. They have the advantages of diverse structures, easy access to chiral pool, and good asymmetry inducibility. We can provide the synthesis services of different kinds of oxazoline ligands such as Box, PyBox, Phox. 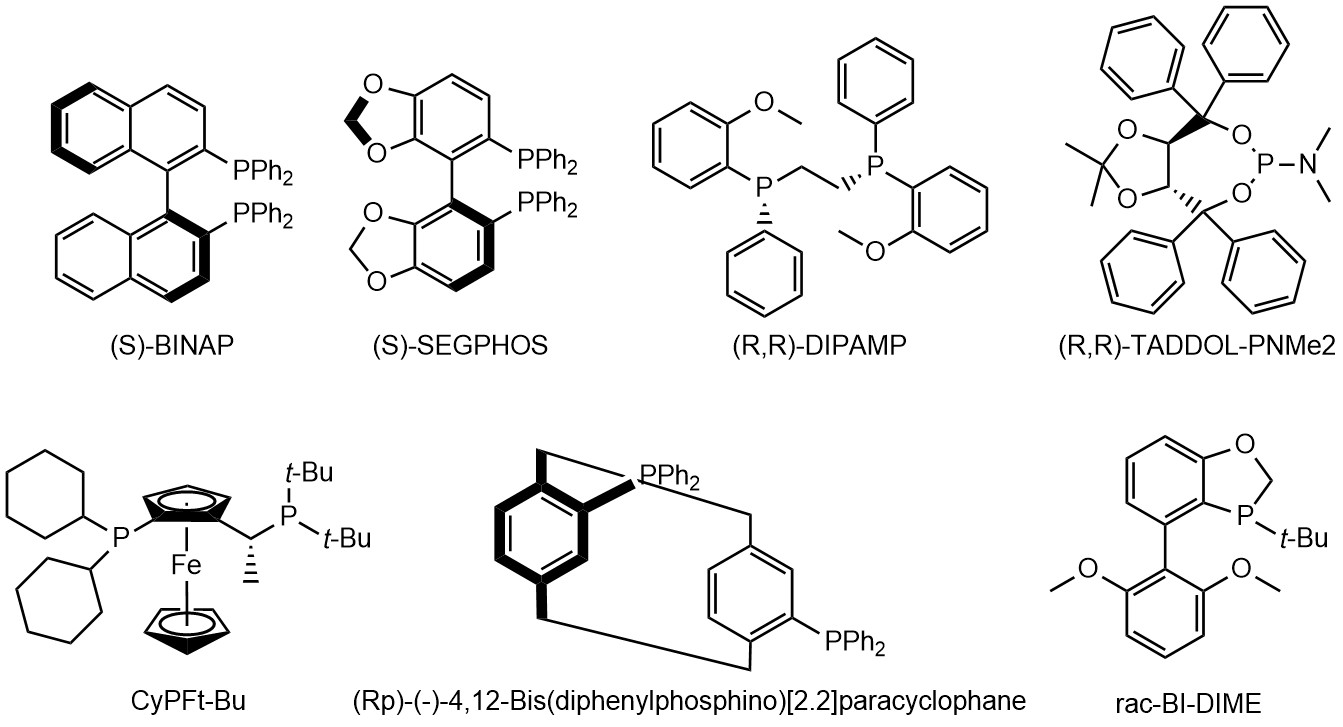 BOC Sciences has extremely rich experience in the synthesis of chiral ligands. We can provide a great deal of chiral ligands and their applications. We have a large number of instruments, as well as many experienced and professional experts. Our company has developed into a first-class modern enterprise with professional knowledge and excellent technical staff. Welcome to get in touch with us, we will provide friendly and professional service for you. Simultaneously, we will continuously improve our professional knowledge and skills to make our company more trustworthy.