Chiral resolution, as an important tool in the production of optically active drugs, is a process for the separation of racemic compounds into their enantiomers in the aspect of stereochemistry. Particularly when the methods of stereospecific synthesis designed for one of the enantiomers, at present, lead generally to enhanced enantioselectivity, it is not only the development of analytical methods for the chiral separation to control optical purity of a large number of pharmaceuticals/therapeutics, administered today, but also the development of methods for quantitative large-scale separation from their racemic or enantiomeric mixtures. These are the requirements and challenges of chemists, and chiral resolution opens wider perspectives for such developments. 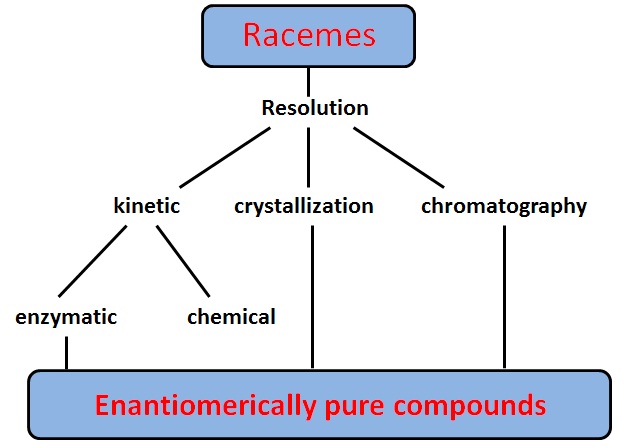 Below is a list of our chiral resolution method (include but not limited to the following): 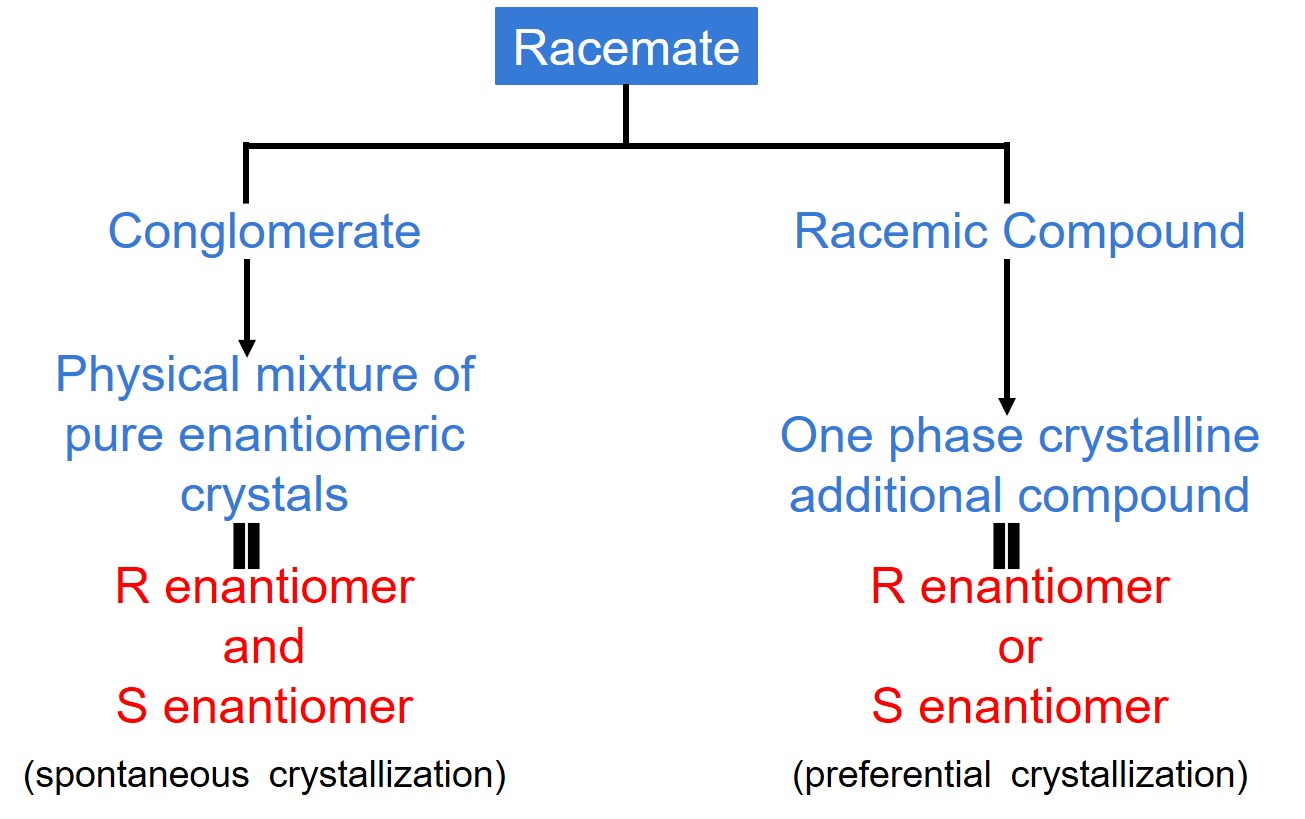 Chemical resolution is a resolution method that uses a chiral resolution agent to resolve racemates into single optical isomers. Chiral resolving agents can form salt bonds with racemates to obtain diastereomeric salts. According to the difference in solubility, the two diastereomeric salts can be separated by filtration and purified by crystallization, and finally the resolving agent can be removed and a pair of enantiomers can be obtained respectively. If the racemate is a true racemic mixture, it cannot be separated by preferential crystallization, but can be resolved using the diastereomer crystallization.

Figure 3. The process of diastereomeric crystallization

The third method used in the resolution of racemates is kinetic resolution. The success of this method is dependent on the fact that the two enantiomers react at different rates with the chiral entity. The chiral entity should be present in catalytic amounts, and it may be a biocatalyst (enzyme or microorganism) or a chemocatalyst (chiral acid or base, or even a chiral metal complex). Kinetic resolution of racemic compounds is by far the most common transformation catalyzed by lipases. 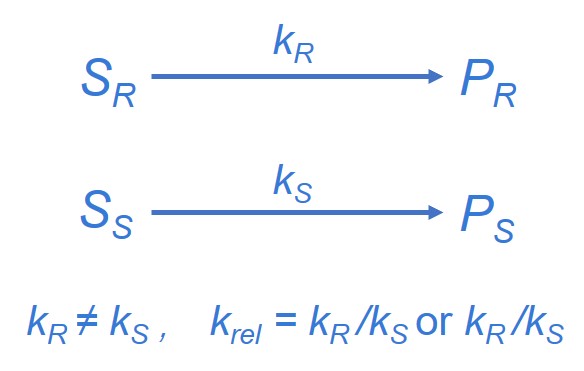 Enzyme-catalyzed kinetic resolution is the stereoselective catalysis of an enantiomer in a substrate by an enzyme, so that one of the enantiomers can produce products faster, and finally achieve chiral resolution. Enzymes commonly used for kinetic resolution include lipase, transaminase, etc. Lipase-catalyzed kinetic resolution of racemates is considered to be one of the most fascinating topics in asymmetric catalysis. Most lipases accept a broad range of non-natural substrates and are thus very versatile for applications in organic synthesis. In many cases, they exhibit good or even excellent stereoselectivity. Lipases have been widely used in three main types of reactions that yield enantiomerically pure compounds. These three types of reactions are kinetic resolutions of racemic carboxylic acids or alcohols, enantioselective group differentiations of meso dicarboxylic acids or meso diols, and enantiotopic group differentiation of prochiral dicarboxylic acid and diol derivatives.

BOC Sciences has accumulated abundant experience in chiral resolution, and we can provide comprehensive and professional services for your requirements. Our featured chiral resolution services include resolution by crystallization, resolution by Lipase-mediated organic solvents and so on. There are a large number of instruments and enormous seasoned experts in our company. BOC Sciences’ mission is to use professional technologies and knowledge to benefit customers.