BOC Sciences specializes in the synthesis of chiral building blocks and other related services, and supports the preparation of customized building blocks to meet the different needs of customers.

Building block is a term in chemistry used to describe a virtual molecular fragment or a real chemical compound whose molecules possess reactive functional groups. As for chiral building blocks, they are valuable intermediates in the syntheses of natural products and pharmaceuticals. With the development of new drugs, it is increasingly necessary to use chiral building blocks for lead optimization, and even in early stages, for the search of efficient compounds. This is mainly because of the fact that almost all biological targets are chiral, and drug-receptor interactions require strict match of chirality.

Chiral amines are important intermediates in the synthesis of chiral drugs and natural products, and have a wide range of applications in chiral synthesis. Many chiral amines can also be used as chiral auxiliaries and chiral resolution reagents, such as tert-butanesulfinyl aldimine, (R)-(+)-1-Phenylethylamine and so on. The main methods for synthesizing and producing chiral amines are chemical synthesis and enzymatic resolution. The asymmetric catalytic reduction of imines is the most direct and effective method for preparing chiral amine compounds.

Fig 3. Examples of synthesis of chiral alcohols by asymmetric hydrogenation 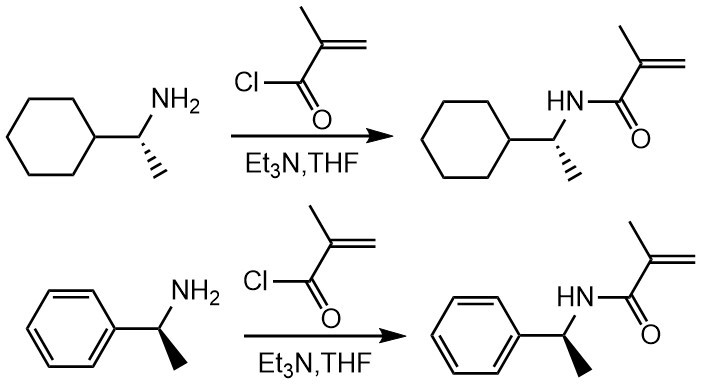