High-throughput screening and high-content screening of important drug screening technologies in the field of new drug research and development.

The research and development of new drugs promotes the continuous development of the pharmaceutical industry. Drug discovery is the beginning of new drug development. With the continuous development of technology, the acquisition of target compounds has become faster and more efficient. People have established various compound libraries classified by different characteristics such as source, structure, and function. The number of compounds in the compound library ranges from a few hundred to millions. How to screen out pharmacologically active compounds from a large number of compounds is a hot spot in current research.

Drug screening is the process of evaluating the biological activity, pharmacological effects and medicinal value of substances (samples) that may be used as drugs by using appropriate methods and technologies. Drug screening is an important link connecting drugs from laboratory research to clinical application. It is an important means to realize drug discovery. It is the key to improving R&D efficiency, shortening the cycle, reducing costs, and reducing risks in the development of new drugs. 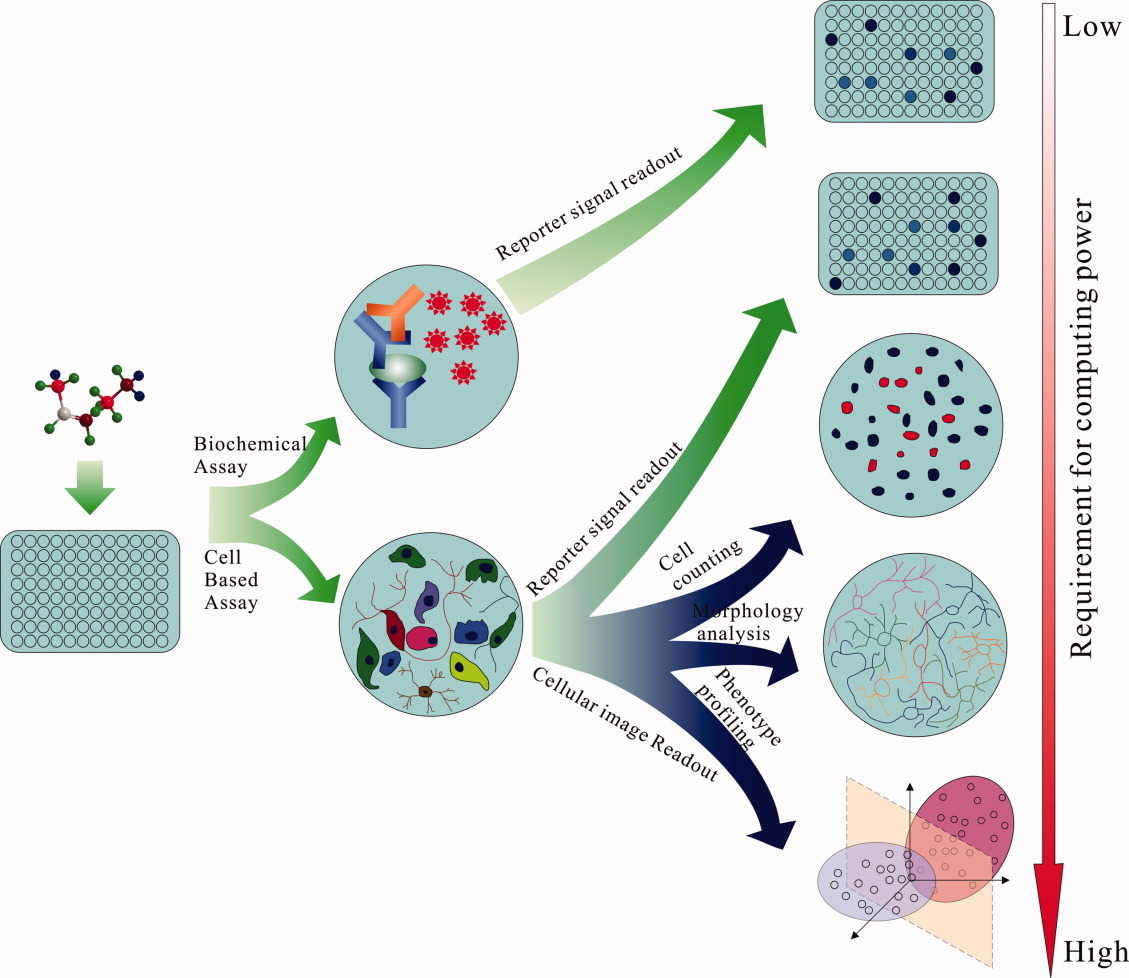 With the continuous development of combinatorial chemistry, conventional screening methods cannot handle the geometrically increasing number of target molecules and compounds. In this context, high-throughput screening technologies have emerged.

High throughput screening (HTS) technology is a technical system. The system is based on experimental methods at the molecular and cellular level, using microplate format as the experimental tool carrier, which can detect a large number of samples at the same time through automated means, and support its operation with the corresponding database obtained.

HTS technology is mostly molecular or cellular level analytical detection methods established based on optical detection, including fluorescence detection, chemiluminescence detection, spectrophotometric detection, etc. Due to its characteristics such as trace quantity, rapidity, sensitivity and accuracy, HTS has been widely used in drug discovery. HTS models are mostly at the molecular level, and the screened targets include receptors, enzymes, ion channels, and so on. The basic model of HTS is to evaluate the biological activity of a large number of samples with a single screening model, from which samples that are active against a certain target are found. The scale of HTS is at least to screen thousands of samples daily.

HCS is a technology that takes cells as the detection object, records images of cells in a multi-well plate through microscopic imaging, and analyzes the activity of substances in the cells by analyzing the information in the images.

HCS technology is a screening technique with diversified screening results. The HCS model is mainly established at the cellular level. HCS can simultaneously detect the influence of samples on cell morphology, growth, differentiation, migration, apoptosis, metabolic pathways and signal transduction while maintaining the integrity of cell structure and function, thereby obtaining screening results in many aspects. The targets involved include membrane receptors, intracellular components, organelles and so on.

HCS can obtain a large amount of information related to genes, proteins and other cellular components in a single experiment to determine the biological activity and potential toxicity of the compound.

HCS technology realizes the simultaneous detection of multiple targets and multiple parameters of compounds, making it possible to comprehensively evaluate the druggability of active compounds at the cellular level.