What is HPLC technology?

High performance liquid chromatography (HPLC) is also called "high-speed liquid chromatography", "high-resolution liquid chromatography", "modern column chromatography" and so on. High performance liquid chromatography is an important branch of chromatography. It uses liquid as the mobile phase, and uses a high-pressure injection system to pump single solvents with different polarities or solvents and buffers with different mixing ratios into the column containing the stationary phase. After the components in the column are separated, they enter the detector for detection, so as to realize the analysis of the sample. HPLC technology has the following main advantages: the application of extremely fine particles (generally less than 10 μm), regular and uniform stationary phase, low mass transfer impedance, high separation efficiency; high-pressure infusion pump to transport the mobile phase, short analysis time; widely used The high-sensitivity detector greatly improves the detection sensitivity. At present, different types of stationary phases, numerous separation modes and detectors, and the degree of automation have been widely used, so that the application of this method in drug testing continues to increase. 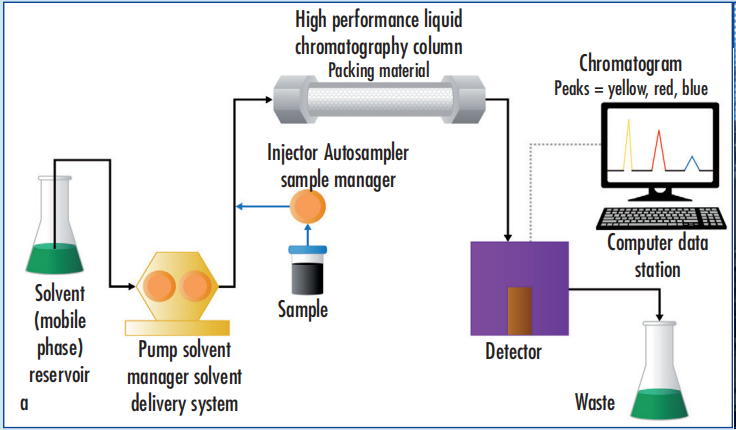